The burden of diagnosed incident cases of severe sepsis is expected to increase at an annual growth rate (AGR) of 2%, from around 2.3 million cases in 2020 to 2.8 million in 2030 in the seven major markets (7MM*), according to GlobalData, a leading data and analytics company.

GlobalData’s latest report, ‘Severe Sepsis and Septic Shock: Epidemiology Forecast to 2030’, reveals that the increase is partly attributed to the moderately rising trend in incidence in the 7MM, combined with underlying demographic changes in the respective markets. 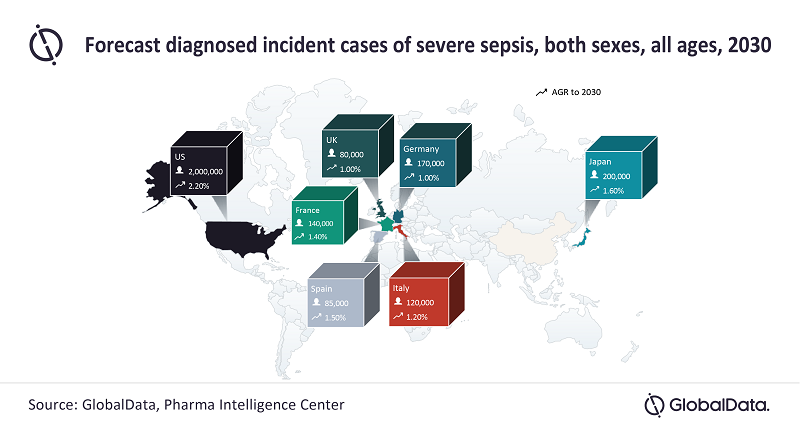 Bishal Bhandari, PhD, Senior Epidemiologist at GlobalData, comments: “There will be an increasing trend of diagnosed incident cases of severe sepsis in all *7MM in the next 10 years, driven primarily by the growing aging population, as well as individuals with more comorbid conditions that worsen susceptibility, and increasing resistance to antibiotics by the different kinds of bacteria.”

In the 7MM, according to GlobalData, more than half of diagnosed incident cases of severe sepsis had two or more organ dysfunction in 2020.

Bhandari adds: “Severe sepsis usually affects multiple organs such as the liver, kidney, heart and lungs, and thus necessitates early diagnosis to prevent multiple organ dysfunction, which can be life-threatening.

“The aging population with multiple comorbidities suggests that the number of deaths in people with severe sepsis will continue to rise even with improvements in severe sepsis treatment.”

WhatsApp Chat is free, download and try it now here!