Diagnosed prevalent cases of atopic dermatitis set to reach 42.25 million in 2030 across 7MM

The 12-month diagnosed prevalent cases of atopic dermatitis (AD) across the seven major markets (*7MM) are projected to increase from 42.13 million in 2020 to nearly 42.25 million in 2030, with an annual growth rate (AGR) of 0.03%, according to GlobalData, a leading data and analytics company.

GlobalData’s latest report: ‘Atopic Dermatitis – Epidemiology Analysis and Forecast, 2020-2030’ estimates that the US will have the highest number of 12-month diagnosed prevalent cases of AD across the 7MM with nearly 19.28 million cases in 2030, whereas Germany will have the lowest number with over 2.28 million cases. In the *5EU, GlobalData estimates there to be over 19.61 million cases 12-month diagnosed prevalent cases of AD in 2030. 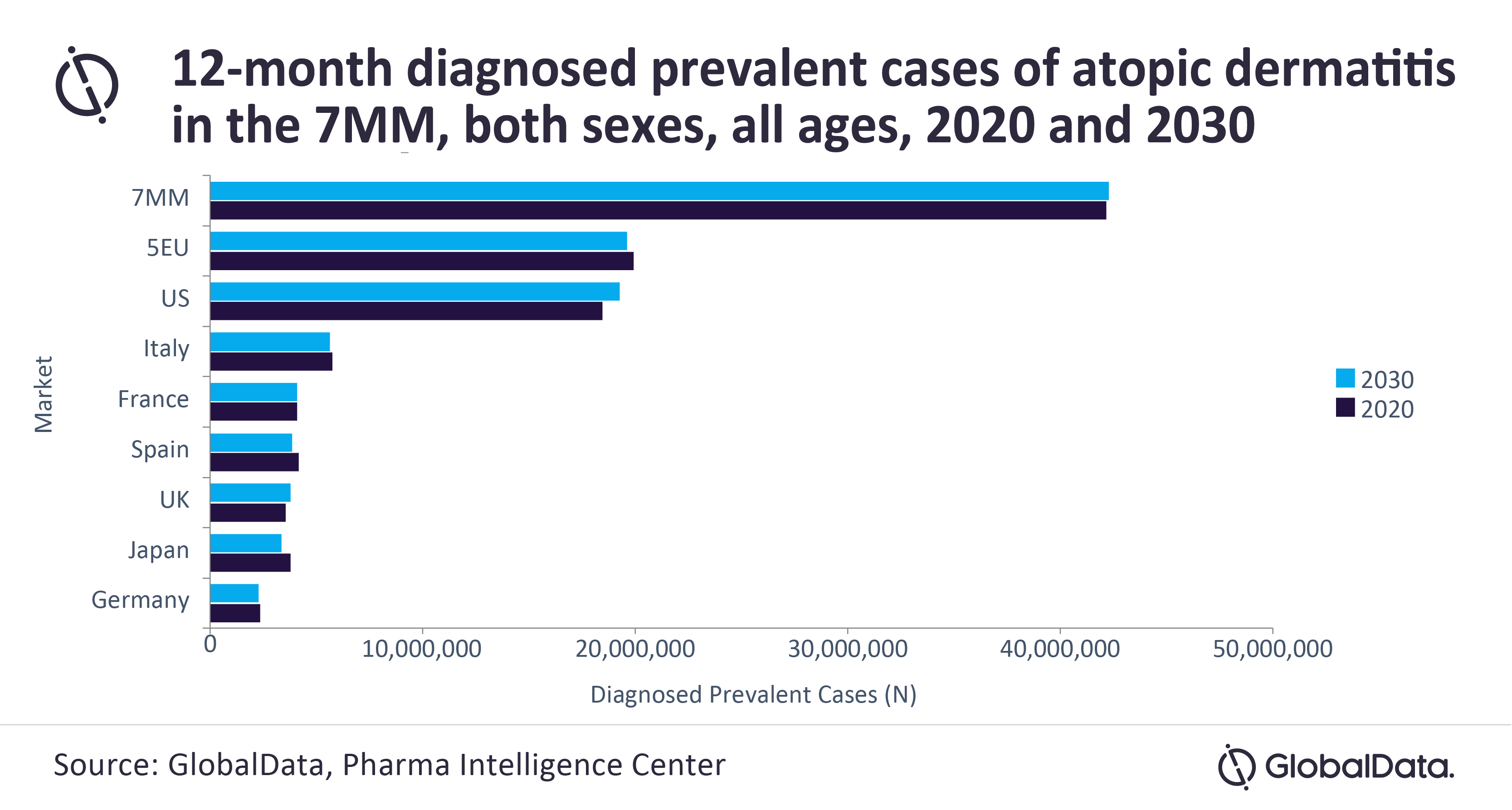 Anna Moody, MRES, Epidemiologist at GlobalData, says: “The increase in diagnosed prevalent cases is attributable to changes in the underlying population structure. Due to the limited availability of data published on AD to date, prevalence estimates were held constant throughout the forecast period in the 7MM. Limited historical data makes predicting trends difficult, but in general, AD prevalence is increasing globally, particularly in developing countries.”

Atopic dermatitis is most frequently diagnosed in children and adolescents, and the condition inflicts considerable psychosocial and economic burden on the families of the affected. Considering the impact AD has on quality of life, it is vital that further research is completed to provide insights into new prevention and management strategies.